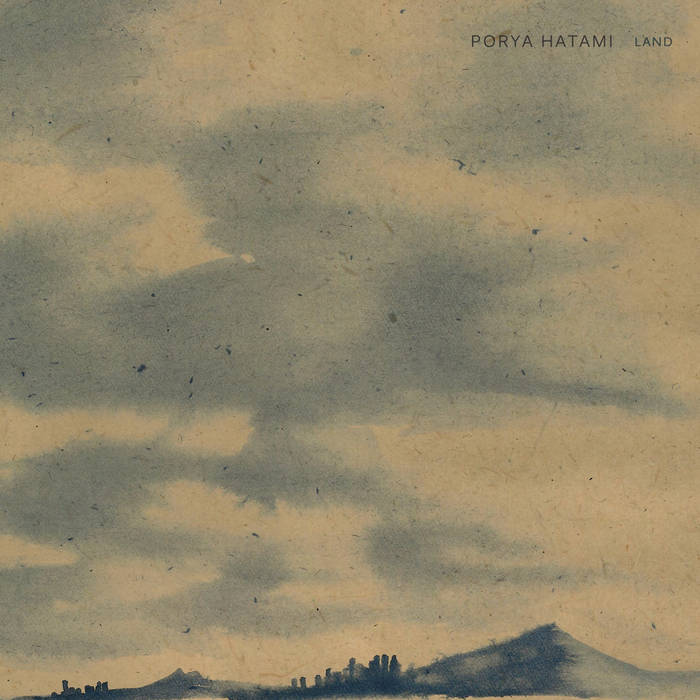 Glenn Wever my neckhair raised when i first heard this music. Not because it's so incredibly complex or challenging, but because of its openness and ease. The purity and unspoilt liveliness that drips from these sounds fills every cell of my body. Favorite track: Sea.

We picture again the mobiles left to the breathe of the soft and warm wind, sounding like chimes bumping into each others with unexpected patterns and sounds.

Each track is rightfully named after the nature's field recordings it contains, broadening the emotional and audio-visual palette of this ethereal release.

Micro Landscape of a Bathroom Sink

Originally released on Somehow Recordings in January of 2012, this second edition of "Land" has been remastered and is co-released with "Land Remixes". Buy both albums in a combo pack here: inneroceanrecords.bandcamp.com/merch

Porya Hatami’s ‘Land’ explores a vibrant soundscape of hypnotic loops, delicately percussive chimes and manipulated field recordings to evoke the sensual, blissful minutiae of the natural world and of the life that both inhabits and interprets it. Fundamentally delicate and yet insistently, breathtakingly complete, Hatami’s keen ear for microscopic levels of sonic detail allows the album as a whole to sketch a wide-screen vision of nature at work.

Buried deep within the gauzy, feather-light haze that permeates the album is a deep-seated sense of purpose – the insistent, bubbling loops underpinning ‘Autumn’; the porcelain synth washes of ‘Sea’; the disquieting crackles and squeaks of ‘Bug’. It’s an album obsessed with both stillness and movement, and the contradictions inherent in occupying those two modes of being lie at the heart of the record.

Thematically profound and tonally complex, the album charts a course through a fragile natural world, constructing an exquisitely intricate tone poem from the manifold sounds of the earth and its transitory inhabitants.

It’s not every day that an Iranian sound artist catches your ear. Then again, it’ s not every day that yet another album of ambient tones and field recordings stands out from the ever-growing crowd.
But Porya Hatami’s Land CD-R does jut that. Based in the northwestern city of Sanandaj, Hatami employs noises such as birdsong, vinyl crackles, rainfall, and the constant bustling of distant crowds and creaky carts that provide a real-world context for his gentle, glassy keys. As opposed to the sparse purity of, say, Celer, Hatami’s music comes across like a whispered secret while the rest of the world recedes into gorgeously blurry focus. Anyone even remotely familiar with the 12K roster will find little new on Land but should also appreciate the album’s tranquil resonance that soothes yet never bores. This seems to be Hatami’s debut release, but regardless of whether that’s the case, he’s clearly spent a lot of time working with these sounds. I don’t know much about the state of experimental music in Iran, but if Hatami’s work is any indication, it’s a scene that deserves a wider audience. - Foxy Digitalis

Bandcamp Daily  your guide to the world of Bandcamp